BUENOS AIRES—Neighbors and activists from Buenos Aires’ poorest villas (neighborhoods) began a hunger strike Monday in a giant tent situated around the city’s obelisk at the intersection of two main avenues. The organizing group, la Corriente Villera Independiente (CVI), is demanding their neighborhoods be urbanized by the city government. 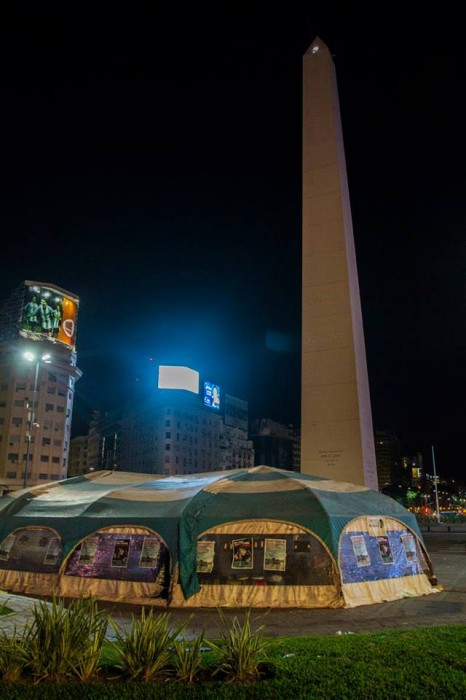 A declaration by the CVI states, “A villera tent for the city government’s failure to respond. Hunger strike for urbanization. We demand: the declaration of a housing, socio-environmental and socio-educative emergency in the villas, enforcement of the urbanization laws and construction in the neighborhoods, authorization for work cooperatives, rent regulations, housing subsidies. No more crime against the poor.” (Villero/a is a loaded slang term used to describe anything that has to do with the poor neighborhoods.)

The group began to set up the tent at 10 a.m. Monday morning. Villa 31 resident Dora…