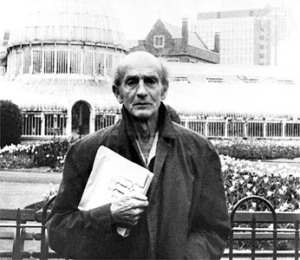 I’m reading F. R. Leavis (of Scrutiny fame) at present–the book Nor Shall My Sword: Discourses on Pluralism, Compassion and Social Hope (1972, New York: Barnes & Noble[Harper & Row]) to be precise.

So many reasons you’d want read this. First: it includes the Richmond Lecture he delivered as a response to C.P. Snow’s 1959 Rede lecture that popularized the notion of ‘The Two Cultures’ and he LAMBASTES Snow, not without a certain dose of humor I would add; what Leavis considers to be Snow’s laughable career as a novelist, the fact that Snow could even think to talk about literature when he knows nothing about it, the first chapter alone had me in stitches–not that it’s written that way, but the criticisms are so direct and specific [perhaps personal] (and apt) that it is amusing to read.

But there are other reasons to read the book, which compiles several essays together and is not purely an attack on Snow. One of Snow’s statements (evidence for him of the split between two cultures) had been that END_OF_DOCUMENT_TOKEN_TO_BE_REPLACED