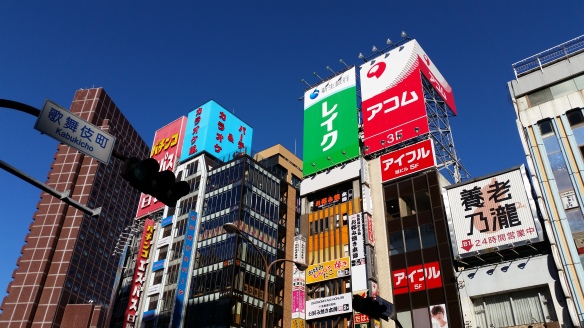 I had the pleasure of making a first visit to Japan over the holiday break – Tokyo, Kyoto, Himeji, Kobe, and the small mountain town of Takayama. Japan and its somewhat mythologized urbanscapes are one of the places often represented, symbolized, and stereotyped in film and popular imagination – the great economic competitor to America’s post-war boom; generator of ‘better’ cars, electronics, games, and cartoons; and succumbing to the nuclear-monster Godzilla’s destructive whims. The disconnections, contradictions and synergies between US and Japan have been perhaps carelessly portrayed in films like ‘Mr Baseball’ (the failed USA baseball player finds fame in Japan, and a love interest to boot); or more recently, Sophia Coppola’s ‘Lost in Translation’, featuring the actor-playing-the-actor Bill Murray and Scarlett Johansson (wife of a travelling businessman), largely cloistered in their Western-enclave Park Hyatt hotel, overlooking a vast city they lack the skills (or desire) to engage with.

These, and many other portrayals, have a somewhat imperial / colonial bent – the United States was, after all, an occupier of Japan from the end of World War II to 1952 and still maintains a heavy military presence. And follows in the older tradition of orientalist portrayals of ‘the East’, which typically feature Western-male (macho) characters interacting in a subjegative and misogynistic manner with feminized and passive Asian characters (both male and female) (see ‘Madame Butterfly’, ‘Miss Saigon’, among others). 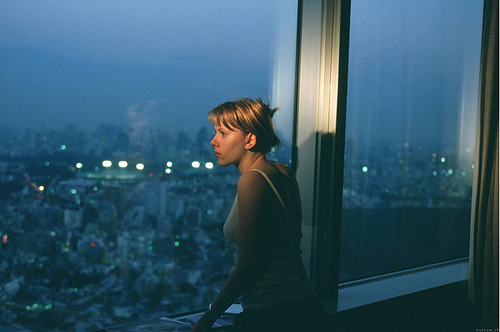 In approaching Japan – the world’s third (nearly second) largest economy, and Tokyo – the world’s largest urban region, at approximately 37 million people – I was conscious of my own formative views of Japan partly based on these tropes; and of the urban literature on Asian cities and ‘comparative urbanism’ which both falls back upon, and departs from, myths, stereotypes, and assumptions.

Rem Koolhaas mused that ‘A skyline rises… in the East’ (in Roy and Ong, 2011), a fairly common ‘otherized’ view of the unapproachable, vast, and super-scaled East Asian metropolis, a place of envisioned strange, hyper-modern processes; buildings too-tall to scale; populations too vast to count.

However, Roy and Ong (2011) caution that “the vagaries of urban fate cannot be reduced to the workings of universal laws established by capitalism or colonial history” (2011, introduction). Aihwa Ong suggests moving away from an assumed comparison of cities like Tokyo with any one model or trajectory toward / through modernity, proposing that:

“alternative modernity,”…suggests the kinds of modernity that are (1) constituted by different sets of relations between the developmental and the post-developmental
state, its population and global capital; and (2) constructed by political
and social elites who appropriate “Western” knowledges and represent
them as truth claims about their own countries.’ (Ong, 1999: 35).

In our 2015 paper (Ren and Luger, IJURR, 2015) we navigated the ways that approaching Asian urbanism through a ‘cosmopolitan’, comparative lens is a necessary, but fraught process: how to chart and define observations from places like Tokyo without reference to parallel modernities, patterns, systems? How to engage across language and cultural barriers, looking down at a city from a hotel room, without remaining trapped in the ‘observer, outsider’ lens – is there in fact value of reconciling ‘outsider’ perspective in making valid observations, connections, assumptions? How to talk about a place like Japan without exoticism, orientalism, imperialism, tokenism? 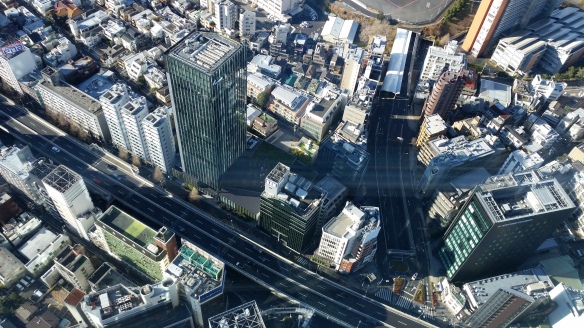 Am I therefore wrong to say that Tokyo’s neon canyons – vast, confusing and beautiful; the trains, gliding like ice dancers with perfect precision; the food, universally outstanding and artistic; and the general pace of life I observed – measured, methodical, process-oriented, are unique and inherently “Japanese?”

Must we always speak of alternative, multiple modernities, or can there be a sort of middle-ground between a distinctive ‘Japanese’ urban modernity (a unique blend of ancient Japanese textures, 20th-century destruction and reconstruction, largely American-financed; and 21st century Pan-Asian blends) and a global, urban, 21st century modern form?

This seems to remain the key tension between urban theorists striving to form a unified urban ‘model’ in which urbansim assumes a ‘planetary’, modern form and exists at once, in all places – (see Brenner and Schmid, 2015; Scott and Storper, 2015) and those who reject this, proposing that site-specificity may be incomparable, incommensurable, impossible to reduce or universalize. Logan, 2011 asked, ‘to what do we compare China?’

My observations were complicated further by living where I do, in the polyglot and cosmopolitan California Bay Area, home to not only one of the largest Japanese diaspora populations, but huge Chinese, Korean, Vietnamese, Filipino and Taiwanese communities as well. The food I eat on a regular basis, and elements of daily culture in San Francisco, take on bits and pieces of traditional ‘Japanese’ characteristics, blended uniquely with the broader Northern California melting pot. It is not, therefore, foreign to encounter those who do not speak English; to be asked to remove shoes when entering a home or business; to eat green tea ice cream; or queue for 2 hours for sushi or ramen (as is common in Tokyo).

Perhaps, it is the land itself – the earth, mountains, soil – that are incomparable and most uniquely situated to a place, most uniquely Japanese. People, ideas, foods, cultures, religions and technologies move, blend, and replicate; mountains like Fuji (holy in the Shinto religion) do not. It was in the zen gardens of Buddhist/Shinto temples that surround Kyoto that Japan seemed to present itself in its purest form; unique formations of rock, trees, moss and soil charged with spiritual and symbolic significance. At one garden, pebbles formed the shape of Mount Fuji itself. This was, I thought to myself, Japan, and nothing is lost to translation. 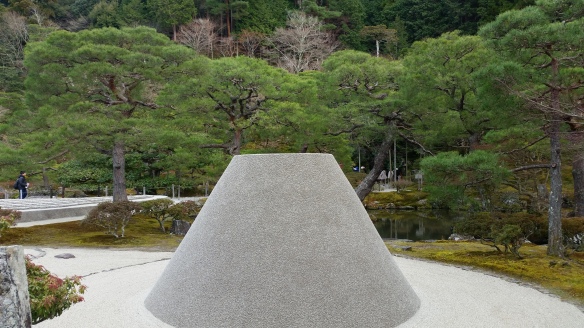 [forwarded from Isabelle Anguelovski, Director of the Barcelona Lab for Urban Environmental Justice and Sustainability]:

I wanted to share a recent web documentary coordinated by a colleague/friend filmmaker & sociologist, Alberto Bougleux, on Barcelona as a City of Migrants (La Ciudad Migrante). In addition to being an interactive visual platform of many (younger and older) migrant lives and a visual path through photographic installations in the city, it also contains an interactive map of solidarity resources in Barcelona. Have a look at it, it’s a really fascinating project: http://ciudadmigrante.org. The project was supported by the Ajuntament de Barcelona, the Museu d’Historià de la Immigració de Catalunya, and produced by the Mescladis foundation. I’m copying Alberto in this note in case you have any questions or comments!

As researchers, web and interactive documentaries are also a fantastic way to share one’s research (especially in Sociology and Geography) and make it closer to diverse public and audiences. It’s really creative and meaningful at the same time.

I hope you enjoy it and share it around you!