At the time of this writing, 238 cities have submitted official bids to Amazon in order to be considered for Amazon’s second headquarters, supplementing their base in Seattle. 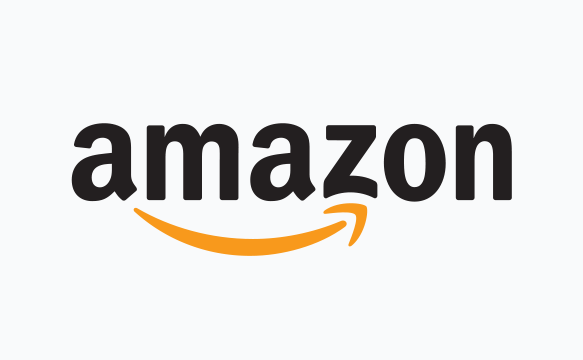 There is a long and ongoing debate within economic geography (and related fields) about the costs and benefits of such competitions for major corporate expansions and relocations. Literature can be found that is supportive of intra-urban competition, tax incentives, and boasts of the intangible economic multipliers and dividends that these companies can bring (sometimes academic, but often led by think-tanks and consultancies). More critical literature (from geographers such as David Harvey, and many others who have critiqued the neoliberal urban economy) questions whether awarding companies such as Amazon tax and other incentives really pays off, especially in addressing structural problems and societal injustices. To be fair, a nuanced exploration can find examples where incentives might be judged to have succeeded, and others where they have clearly failed.

Regardless of this ongoing debate, one thing that is fascinating to me (and relatively unexplored) is the way that cities (and regions) present themselves during these processes, culminating in the 5-minute “bid videos” that are hand-crafted by local officials to showcase certain aspects that the courted company (in this case, Amazon), might find appealing. “Bid videos” are perhaps more famous when used for mega-events such as the Olympics, but are often featured in economic development efforts of the corporate type. For the viewer, they run the spectrum from inspiring to cringeworthy.

The psychology of the city bid video could be a sub-field within urban cultural studies, and I think would make a pretty interesting research sub-agenda (and a really fun conference session or two). From this topic, a series of questions emerge that deserve exploration:

Who is involved in these efforts, and what informs their worldviews?

Why are certain subjects, images, themes, symbols, sounds, and text chosen – and what are the meanings (or attempted meanings) attached to them?

Who ‘owns’ a city’s self-identity – and at what point is this agreed upon, or in a state of constant negotiation and formation, what are the competing conceptions of identity?

Where are the misunderstandings and disconnects between what local groups ‘think’ a company like Amazon wants, and what Amazon’s decision makers are really looking for?

To what degree do notions of ‘cultural capital’ and ‘habitus’ (referring to Bourdieu) deliberately or non-deliberately enter these processes; the subtle spoken and unspoken cues and clues meant to reach and connect with certain audiences?

What power relationships, power geometries, and uneven / exploitative structures are reinforced, questioned, or challenged in these efforts and marketing materials? Are there opportunities for subversions; for resistances; for progressive transformations – or must this be an (and caught within) inherently unjust neoliberal process / processes?

I link here (below) two similar, and yet so different, videos in the AMAZON-RACE: Charlotte’s (cringeworthy) effort to be seen as an edgy, hip, urban Millennial hotspot (count how many times the word “millennial” is mentioned in the video) and Detroit’s (somewhat more inspirational) showcase of its unique identity.

Both, interestingly, are written / performed in “spoken word” – the urban poetry form that is often associated with contemporary intellectual African-American-hipster communities. For Detroit, a city that has been majority African-American for decades, and is a national and international center of African-American music, culture and history – this representation seems somewhat natural (even given Amazon’s relative whiteness, coming from Seattle, a city in the least African-American part of the country). For Charlotte, however, there is a bigger question mark: is it to appease Pacific Northwesterners who might be wary of lasting racial attitudes in a Southern city? An effort to seem culturally relevant, offering the sort of culture that so-called Millennials are deemed to want and crave? Or a badly-disguised and unapologetic appropriation of an urban African-American art form for a corporate relocation largely planned by and benefiting affluent whites? Or, is it simply an example of what local critics have previously called Charlotte’s “Pinocchio” syndrome – the incessant need to say, “look, papa, I’m a REAL city!?” (with “Papa” in this case being Jeff Bezos, the world’s richest man).

Perhaps these conclusions are best left to the eye and interpretation of the viewer, or a researcher interested in further exploring these questions. And the conclusions may be informed by whichever city Amazon picks, if indeed, their exercise is not just illusory.

1 thought on “The Amazon-Race: Are we Edgy, Real, and Urban Enough for Jeff Bezos?”