Talent, Technology, and Tolerance, said Florida (2002), were the pre-conditions for a successful urban economy. Florida’s ‘creative class’ theory, much copied, emulated and critically maligned, delineated urban regions with ‘talent’ (PhDs); ‘technology’ (things like patents granted); and ‘tolerance’ (represented by a rather arbitrary ‘gay index’ of same-sex households in census data).

This combination, according to Florida’s interpretation of his data, indicated urban creative ‘winners’ versus urban ‘losers’: blue collar cities with more traditional economies and traditional worldviews. Creative people want to be around other creative people, wrote Florida, so failing to provide an ideal urban environment for them will result in their ‘flight’ (2005) and the loss of all the benefits of the creative economy. Therefore, to win in the ‘new economy’ (Harvey, 1989), cities need to compete for, and win the affections of, the ‘creative class’. Or so Florida then-believed.

Policymakers were keen to spread the ‘gospel’ of the ‘creative city’ (Peck, 2005) and despite its methodological question marks, the idea has found traction in both North American/European and Non-Western contexts. Florida’s books were ‘required reading’ for urban policy officials in Singapore, for example – one direct quote given to me during my doctoral research on cultural policy in the City-State (2012-2013). The rather awkward linkage between Florida’s North-American theoretical perspective and Singapore’s loosening restrictions on ‘table top dancing’ (in the words of Prime Minister Lee Hsien Loong) is just one of many examples of the haphazard yet fervent application of policies geared toward an envisioned (and mythologized) ‘creative’ elite.

The elite nature of the ‘creatives’ that Florida conjured into being, and the sharp delineation between urban ‘winners’ (creative) and ‘losers’ (non-creative), were not lost on Florida’s critics (among them, Peck 2005; McCann, 2007; Zimmerman, 2008), who quickly equated these ideas as neoliberal economics wrapped in a one-size-fits-all disguise.

This division, however, has become especially prescient since the 2008 financial crash, and in light of the sweeping socio-political movements that swept populist leaders like Donald Trump into power. What unifies populist movements from ‘Make America Great Again’ to ‘Brexit’ are reactions against urban elites and globally-focused cosmopolitan ideas. In other words, the very things Florida suggested cities needed to win. 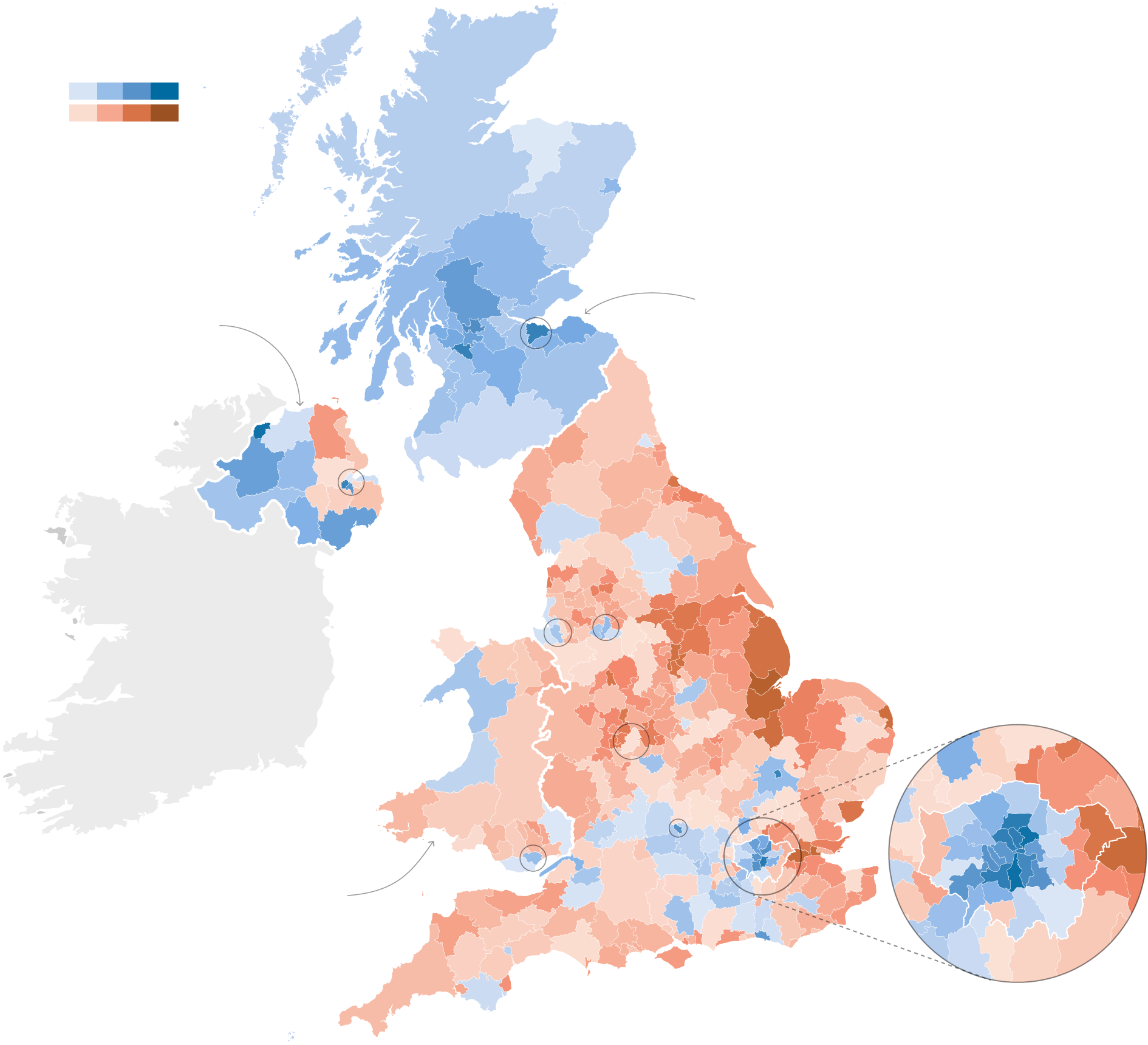 It seems that Florida himself, who has made a (successful) career out of the ‘creative city’ thesis, has now come full circle and has re-thought, critically, his own theories (having sold enough copies of his books to enable him the luxury of such a self-critique).

His recent book, ‘The New Urban Crisis: How Our Cities are Increasing Inequality, Deepening Segregation, and Failing the Middle Class – and What we Can Do About It’ (2017), recognizes the problems in the increasing gap between elite, cosmopolitan cities and more traditional / conservative hinterlands. Indeed, Florida recognizes this gap is tearing apart the fabric of society, a fair and just observation.

Florida’s new argument is a sort of conceptual throat-clearing of why this gap is problematic and he adopts a much more left-wing approach than he has taken previously in suggesting some ways to combat the divide (solutions like affordable housing built on a mass scale, to make it easier for people of all incomes to live and remain in ‘winning’ cities where they are now priced out and displaced). The achievability of these solutions are left for urban policy officials to figure out, but the sentiment, at least, mirrors the growing and urgent call for housing equity in the world’s most expensive (and unequal) cities.

What I find remarkable about this shift is the rapid speed at which the discourse has changed. Florida was not the only voice in the 2000-2017 time period arguing for the dominance of ‘winning’ cities: see also Edward Glaeser’s book ‘The Triumph of the City’, (2011) which in a slightly different yet similar vein, outlines a winning model of a city that has ‘made us richer, smarter, greener’ (with Manhattan portrayed on the book’s cover). And associated policy – pieces on ‘super-mayors’, and the potential for individual cities to change the world, released by urban think tanks (based in some of Florida’s ‘winners’).

From Silicon Valley’s homeless camps to London’s tragic Grenfell fire and the rejection of that city by Brexit voters, it now seems that the world’s dominant (economically, anyway) cities have emerged into the post-neoliberal age as highly vulnerable (rather than simply ‘winners’) and rife with problems. Furthermore, the resilience of deep poverty, and a falling standard of living in cities in the Global South (and North), pose difficult questions for urbanists who have long considered the ‘city’ as the ideal form of human settlement. If the city isn’t making us richer, smarter, or greener – and by extension, if the city is causing dangerous socio-cultural-political divides that threaten to topple longstanding stable world governments and institutions – then is the way forward anti-urban, decentralized and bucolic, as envisioned by earlier urbanists such as Frank Lloyd Wright (in his vision for ‘Broadacre City’, 1935?).

As new technologies like driverless cars and IT infrastructure continue to shrink distances and re-shape settlement and labor patterns, and as anti-urban movements re-shape the political landscape in dramatic and paradigmatic ways,  it remains to be seen which cities will ‘win’ or ‘lose’ in the future;  or even if the city will remain the prototype for human co-habitation at all. Indeed, the future might be a rural one: will Florida’s next book be entitled ‘The Creative Hinterland,’ written from the comfort of a self-sustaining 40-acre exurban ranch?

Call for Papers and Posters:

Abstract of max. 500 words and a short biography/Vita via must be submitted via the form in our web-site.

We accept papers in English, Portuguese, Spanish, and French.

Authors should let us know in which language they prefer to present their papers.

This event will be a platform for sharing ongoing or recent work, open debate and networking. In parallel with the conference sessions, there will be open debates among young professional, exclusive networking sessions, and field excursions, among other activities.
TICYUrb will be held in Lisbon from June 18th to June 22nd 2018 at ISCTE-IUL
TICYURB is a collaborative effort of the Centre for Research and Studies in Sociology (CIES-IUL), the Research Center on Socioeconomic Change and Territory (DINAMIA’CET-IUL), the Interdisciplinar Center of Social Sciences (CICS.NOVA), the Institute of Sociology – University of Porto (ISUP) and the School of Architecture of the University of Sheffield (SSoA).
For further information visit our website: ticyurb.wordpress.com
And follow us in Twitter @ticyurb and Facebook: facebook.com/TICYURB

The Journal of Urban Cultural Studies is organizing an interactive short paper session at the Association of American Geographers Conference to be held April 10-14, 2018 in New Orleans. Each of the 10-14 panelists in the Urban Cultural Studies session will present a 5-minute summary of research or studies in process. A 30- to 45-minute interactive roundtable discussion will follow the presentations.
The CFP is as follows:
In recent years, cities have been increasingly at the forefront of debate in both humanities and social science disciplines, but there has been relatively little real dialogue across these disciplinary boundaries. On the one hand, social science fields that use urban studies methods to look at life in cities rarely explore the cultural aspects of urban life in any depth or delve into close-readings of the representation of cities in individual novels, music albums/songs, graphic novels, films, videogames, online ‘virtual’ spaces, or other artistic and cultural products. On the other hand, while there is increasing discussion of urban topics and themes in the humanities, broadly considered, there are very few venues that are open to these new interdisciplinary directions of scholarship. Driven by a methodology that links urban geography and cultural studies work, this session features applied and theoretical papers focusing on urban spaces the world over.
Abstracts address both an individual city itself and also its cultural representation. The session foregrounds studies that achieve some balance between discussing an individual (or multiple) cultural/artistic product(s) in depth and also using one of many social-science (geographical, anthropological, sociological…) urban approaches to investigate a given city. Specific topics vary, but emphasis is placed on geo-humanities approaches and representational/spatial practices. This session is also linked to the Journal of Urban Cultural Studies (http://www.intellectbooks.co.uk/journals/view-Journal,id=225/) and its accompanying blog at urbanculturalstudies.wordpress.com.
In order to submit an abstract, you must first register for the conference here: http://www.aag.org/cs/annualmeeting/register. Once registered, you will need to proceed to the abstract and session submission console. Select the New Abstract button on the console page, and follow the on-screen instructions to submit the appropriate abstract type. You will receive an email message when you have successfully submitted your abstract to confirm that it has been accepted. If you need guidance on how to format your abstract for AAG, see here:
http://www.aag.org/cs/annualmeeting/call_for_papers.

After submitting your abstract, please contact Stephen Vilaseca at svilaseca@niu.edu with your assigned PIN number and he will include you in the session.

The abstract submission deadline is October 25, 2017.
Join 1,183 other subscribers