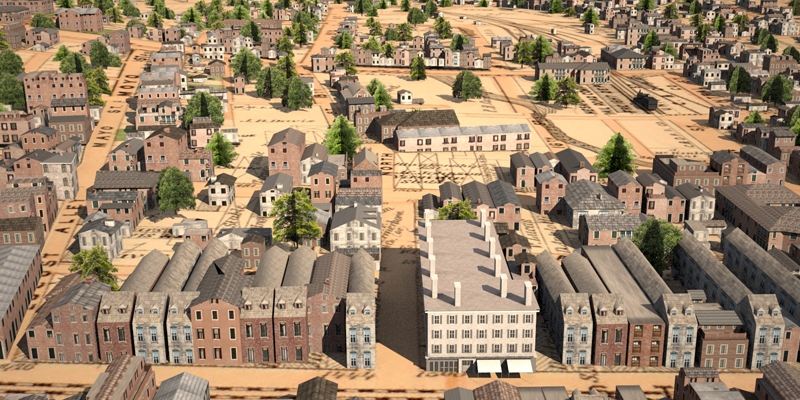 “Researchers at the University of Richmond have created a 3D map of
the city’s slave district in 1853. Part of the Library of Virginia’s “To
Be Sold” exhibit, the map traces the steps of a British artist whose
experience in Richmond led to abolitionist sketches, essays and
paintings. Catherine Komp has more for Virginia Currents.

Learn More:University of Richmond’s Digital Scholarship Lab is giving a lecture on the 3D Slave District map Tuesday April 7th, Noon-1:00 p.m.,
at the Library of Virginia. They’ll also be sharing an animated map of
the evacuation fires as part of the Capitol Square pop-up museum for the
150th Fall of Richmond anniversary events.”