India’s economic powerhouse, Mumbai not only contributes the highest GDP of $209 billion but is also responsible for 25% of industrial output, 70% of maritime trade in India and 70% of capital transactions to the nation’s economy.

Known as the industrial hub of India, the city operates sectors from textiles to petrochemicals and serves as the headquarters for many companies. Important financial institutions such as the Reserve Bank of India, Bombay Stock Exchange and National Stock Exchange of India occupy the land of Mumbai.

The city houses around 14 million people from various backgrounds. This metropolitan city has beautiful colonial architecture, double-decker buses and suburban rail system which carry about 2.2 billion passengers every year. 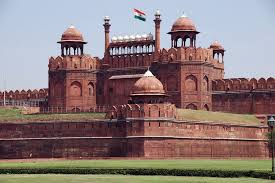 2. Delhi
The national capital contributes the second highest GDP of $167 billion. With a large consumer market, the city has been successful in attracting foreign direct investments.

Delhi is known for…